Nabi Ibrahim and the message of Qurbani 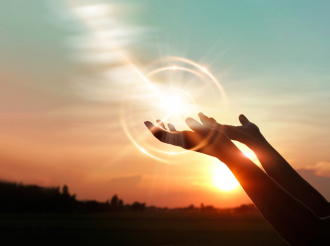 THE historical roots of the Qurbani, the ritual sacrifice, which heralds the Hajj and the festival of ‘Eid ul-Adha, run very deep in mankind’s history. Sacrifice has been the fabric of human worship since time immemorial.

In the earliest days, ritual sacrifice was used to placate the deities the early peoples felt resided in the world around them. Communities, looking into the skies and nature, would usually make sacrifices during the spring solstice.

It was believed that the sacrifice would ensure plentiful crops, good weather and a respite from calamities. These were superstitious practices often manipulated by unjust rulers, and their priests, to ensure that the common man was kept under control.

Some of these practices involved human sacrifice. The Egyptians, for instance, would bury pharaohs with their servants, so that their needs would be met in the afterlife. The civilizations of Mesoamerica, such as the Aztecs and the Incas, ceremonially slaughtered their subjects, and even dumped treasure in lakes to appease the gods.

In Mesopotamia there was a god for every day of the week. Ur is a Mesopotamian capital where the Prophet Ibrahim was born. Later, he moved to Harran. It was built by Nimrud, the Old Testament dictator. Harran was the centre of the moon god, Sin, and Ibrahim’s father, Azar, was an idol maker.

A significant moment is recorded when the prophet Ibrahim looks around him to find God. The Qur’an recounts this when he sees a star, and says, “Surely, this is my lord.” But when the star sets, he rejects it. The same happens with the moon and the sun, and Ibrahim declares he has no partners with Allah.

The early Muslims would have recognised the prophet Ibrahim’s philosophical dilemma. Those who became Muslim at the time of the blessed Prophet Muhammad in the 7th century would have rejected these very same gods on their road to faith.

Historically, it took the Prophet’s great ancestor, Ibrahim, to bring the revelation of monotheism to focus the human spirit on one God. The prophetic message came to lift humanity out of the morass of ignorance, superstition and oppression, which had resulted from polytheism’s tyrannical pantheon of gods.

It was Ibrahim who smashed the idols in the Harran temple, cleverly leaving one behind. When the enraged inhabitants accosted Ibrahim, his reply was that they should ask the remaining idol, as it had witnessed the event.

Enraged, Nimrud had built a massive fire to burn Ibrahim as a punishment. This was a human sacrifice designed to strike fear into the hearts of the people.

We all know that Allah protected Ibrahim in the fire. The Qisas al-Anbiya’ says that for Ibrahim it became a cool garden. Nimrud met a sticky end when a gnat crawled up his nose into his brain, causing migraines.

Nimrud’s pain could only be lifted when a courtier struck him on the head. The courtier had to hit him harder each time for relief. He eventually killed Nimrud by splitting his skull. The gnat then flew out proclaiming “la ilaha illallah” (there is no God except Allah).

Nabi Ibrahim’s biography is detailed, and his contribution to the framework of monotheism is colossal. Without doubt, the most critical juncture of his prophethood is when he is ordered by Allah to sacrifice his son, Isma’il, near Mina.

We have to understand that this was something that would have been understood by people at a time when human sacrifice was not uncommon.

However, this is where the Qur’an is so clever. For as the knife refuses to cut Nabi Isma’il’s throat, humanity is shown mercy. We will not have to sacrifice our sons. Nabi Isma’il, the forbearing one, will be replaced by a handsome ram with large horns.

By ordaining that we sacrifice animals with compassion for His sake on the three days of Dhul Hijjah, Allah reminds us of His beloved emissary, Ibrahim.  The message is clear: Qurbani (or Udhiyyah) is a sign of Allah’s Supreme Mercy, and when we distribute the sanctified meat to the less fortunate it is a reminder of Allah’s Supreme Generosity, as those who qualify for Zakah, qualify for Qurbani meat.

For as the Prophet [saw] said:

“There is nothing dearer to Allah during the days of Udhiyyah than the sacrificing of animals. The sacrificed animal shall come on the Day of Judgment with its horns, hair, and hooves (to be weighed). The sacrifice is accepted by Allah even before the blood reaches the ground. So, my beloveds, sacrifice with an open and happy heart…”