Shawwal, the urgent necessity to carry on giving 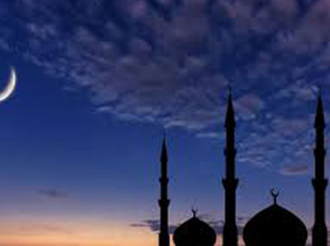 RAMADAN, the wonderful month of generosity, spirituality, energy and impact has left us for the quieter shores of Shawwal. Shawwal is a great month in itself, for in it people such as A’ishah bint Abu Bakr, the wife of the Prophet (SAW), was born. Sitti A’ishah, a matriarch of stature and scholar of renown, was sent greetings of peace by the Angel Jibril.

It is these images, of a poor family caring deeply for the poor, that should remind us of our current circumstances due to the Covid-19 pandemic. In the Cape, Covid-19 is not quite the stranger we think it is. For at the end of the 19th century, the community was struck down by a series of smallpox epidemics followed by the 1918 Spanish flu pandemic, a virus that only left our shores three years later.

Yet, alhamdullilah, we persevered, and we survived.

At SANZAF, this past Ramadan has been a roller coaster of Covid-19 emotion, of being initially overwhelmed, but ultimately being imbued with a sense of hope after witnessing the amazing generosity of our community. This is something that has enabled and empowered SANZAF to make an impact at ground level where things have been felt the most.

Despite these impressive Ramadan numbers, which are a tribute to the kindness of our community, we have to make the point that the basic hunger of all South African peoples is still going to be a looming challenge for some time to come. Families have lost breadwinners, jobs, security and dignity – and they need to be supported.

Covid-19 has been described as not only a crisis of health, but also a cry of mother nature, of the failings of our capitalist profit-driven economies and an appeal to our basic sense of humanity.

In other words, it can no longer be a survival of the fittest in a self-destructive race for the bottom. The Post Covid-19 world, whatever it might be, has to reflect compassion and dignity – values measured so eloquently in the words and deeds of the Prophet (SAW), who would go to bed hungry to feed the poor, and whose righteous Caliphs would walk the streets of Madinah at night to ensure that there were no destitute.

So, as we enter Shawwal and the months preceding the Hajj, we have to acknowledge that the cries for help will not cease after Ramadan. There is a huge and sustained need for our giving to continue, for our compassion to spread and for creative socio-economic solutions to rise, based not on the profit motive, but on the tenets of sustainability and dignity.

Sadaqah, or voluntary charity, is regarded as a praiseworthy Sunnah, a noble Prophetic practice endorsed by the Qur’an. However, in the light of current events, we could venture to say that it has become an urgent necessity for the survival of the most vulnerable in our midst. “Charity is as a garden, high and fertile…”, says the Qur’an in the most beautiful of ways.

But it also reminds us (in Surat al-Baqarah) that for our giving to have real impact, it has to recognise that the neediest of us – out of humility, fear or shame – may never give the slightest indication that they are hungry. This becomes the real test, recognising those who are needy, but honouring their sense of dignity.

As the Qur’an explicitly says, the ignorant man thinks that because of their modesty, certain people who make no demands have no needs. Here we have to heed a serious warning. In these testing times particularly, we cannot judge poverty by appearance alone.

It is our firm conviction that our community, blessed with generosity and an innate sense of compassion for the less fortunate, will be able to rise to the occasion. The very fact that in the first few weeks of the Covid-19 crisis that South Africa’s Muslim community – a mere 4 per cent of the national population – could distribute over R60 million in relief is a remarkable  achievement.

It is endeavours like these that have to be sustained. And in them, we have to remind ourselves that no person is ever too small or too insignificant to make a difference. For as a sage once said:

“Give, give, for even a grain of rice can fill the stomach of a future saint, a world leader or a scholar. Plant your seeds, for even one tiny seed, one smaller than your fingernail, can grow into a giant tree …so go, my beloveds, go and build your forests.”