A GUIDE TO PERFORMING QURBANI 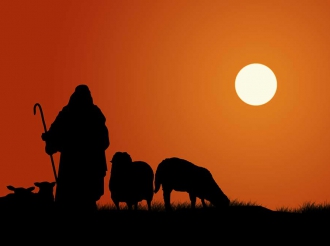 Zayd ibn Arqam (R.A.) relates that the Companions (R.A) asked: “O Messenger of Allah (S.A.W.)! What is Qurbani?” He replied, “It is the sunnah of your father Ibrahim (A.S).” They asked again: “What benefit do we get out of it?” He answered: “A reward for every hair (of the sacrificed animal).” “And (what reward is there for animals with) wool, O Messenger of Allah (S.A.W.)?” they asked. “A reward”, he answered, “for every fibre of wool.” [Ibn Maajah & Mishkaat]

Aaishah (R.A.) narrates the Messenger of Allah (S.A.W.) said: "There is nothing dearer to Allah during the days of Qurbani than the sacrificing of animals. The sacrificed animal shall come on the Day of Judgement with its horns, hair, and hooves (to be weighed). The sacrifice is accepted by Allah before the blood reaches the ground. Therefore sacrifice with an open and happy heart." [Tirmizi & Ibn Maajah].

WHO MUST PERFORM QURBANI

Qurbani is waajib on every resident Muslim who is of sound mind, mature and in possession of at least the Nisaab amount (it is not necessary to have it for a year.) It is not waajib upon the guardians of minors to perform it on their behalf. Similarly it is not waajib on a shar’ee traveller.

The sacrificial animals may only be slaughtered after the Salaah of ‘Id-ul-Adha. According to Imam Abu Hanifa (R.A) slaughter is permitted on the day of ‘Id-al-Adha plus the following two days of Tashreeq. The Prophet (SAW) said: “Every day of Tashreeq is a day of sacrifice.”

NB! It is advisable to slaughter during the day, however one can slaughter at night as well.

TYPE AND DESCRIPTION OF ANIMAL

The animal should be chosen from healthy stock without any visible defect, and can either be a male or a female.

1. Sheep and goats must be at least one year old and count as 1 share per animal.

2. Cattle must be at least two years old and count as 7 shares per animal.

3. Camels must be at least five years old and count as 7 shares per animal.

NB! It is virtuous to purchase the animal a few days prior to ‘Id-ul-Adha. Care for it by feeding and nursing it.

The wisdom of the Islamic rules of slaughtering is to take the animal’s life in the quickest and the least painful way. The main intent is to be kind to the animal and spare it unnecessary suffering as far as possible.

According to the Shari‘ah, the purification of an animal requires that the following conditions be present:

2. Feed, water, and soothe the animal;

3. It is preferable that the throat of the animal faces Qiblah;

4. Use a sharp knife to swiftly cut the windpipe, the gullet and the two jugular veins;

The Prophet (S.A.W.) said: “Allah has ordained kindness (or excellence) in everything. If killing is to be done, do it in the best manner by first sharpening the knife and putting the animal at ease.”

5. Recite the name of Allah whilst slaughtering;

6. It is more virtuous to perform the sacrifice with one’s own hands if he is able to slaughter properly. However, if someone else is slaughtering on ones behalf, then it is preferred that one is present during the sacrifice.

The Messenger of Allah (S.A.W.) came towards two homed rams having black and white colours and slaughtered them with his own hands. [Bukhaari & Muslim].

NB! Women are also permitted to perform the slaughter.

1. It is preferred that the meat be divided into three parts. One part for own use, one part for relatives and friends and one part for the poor and needy.

2. The meat and skin cannot be given as payment for services rendered but may be given as a gift.

3. The skin may be kept for personal use, given to someone else or given as sadaqah (or donated to an organisation).

NB! Give only such meat as you would yourself like to receive and eat.

QURBANI ON BEHALF OF THE DECEASED

Qurbani may be performed on behalf of the Prophet (S.A.W.), the Sahaaba, the Ummah, for living or deceased parents, family, friends, teachers, etc.

Abu Talha (R.A) related that the Prophet (S.A.W.) sacrificed one ram, and while sacrificing the other he said, “This is on behalf of every one of my Ummah who believe in me and testified (to my prophethood).” [Tabraani]

NIYYAH BEFORE SACRIFICING THE ANIMAL

“I have set my face, firmly and truly towards Him Who created the heavens and the earth. And never shall I give partners to Allah. Verily my worship and my sacrifice, my living and my dying are for Allah, Lord of the worlds. O Allah this sacrifice is from You and is for You.” (translation)

READ WHILE SLAUGHTERING THE ANIMAL

Bismillah - Allahu – Akbar (“In the name of Allah, Allah is the Greatest”)

READ AFTER SACRIFICING THE ANIMAL

“O Allah accept from me (this sacrifice) like you have accepted from your beloved Muhammad (SAW) and Your friend Ibrahim (A.S), peace be upon them.”

Observe the following after slaughtering the animal:

2. Skin the animal as soon as possible to avoid possible contamination;

3. Remove and clean the intestine and offal;

4. Don’t wrap offal in plastic (other material) and bury;

6. Cover the blood pit with sand / wash away all blood;

7. Keep the carcass in a cool / shady area and freeze as soon as possible;

9. Separate the head and trotters (feet) from carcass;

REMEMBER: THE ANIMAL SHOULD BE TREATED WITH RESPECT BEFORE, DURING AND AFTER THE SACRIFICE!

NB! According to Imaam Abu Hanifa (R.A) it is a waajib to perform Qurbani annually if one has the means to do so. Please perform at least ONE Qurbani with your family so that they too experience the true spirit of ‘Id-ul-Adha.