Reflections on a 30-year-old tradition 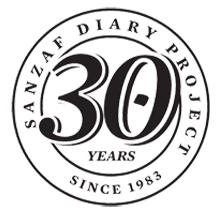 Thirty years in the life of a diary is something to celebrate. It is quite remarkable that a project launched as a means of generating revenue for the administrative functions of SANZAF has seen the light of day for thirty years.

We are in the era of iPads, electronic tablets and mobile phones. These revolutionary tools have had a profound impact on diary record keeping. Digital media is increasingly and rapidly staking territory on the internet blogosphere. In light of these developments it is useful to consider the history of diaries, but with an eye on its future.

The history of diaries, as a form of personal and public record is in itself fascinating. The scholar George Makdisi published a paper in 1986 in which makes a noteworthy point. The diary form originated in the civilisation of Islam, and not in the west, as is popularly believed.

In the west the earliest extant diary is a French work called Journal d'un bourgeois de Paris de 1405 a 1449. In the Islamic world the earliest extant diary dates back to the eleventh century with the work of the diarist Ibn Banna (1005-1079). However, there is evidence that this form of writing among Muslims goes back even as far as the ninth and even the eighth century.

It is against this background that the 30th anniversary of the SANZAF diary finds a meaningful context. Of course, there is a clear difference between the literary and historic value of these early forms of writing and the purpose for which a SANZAF diary is published.
But that is not the point. The point is that there is a historic tradition in Islam to commit important events to the written record. This tradition finds legitimacy in the Qur'an itself, as a 'preserved tablet' and the great tradition of Hadith scholarship which is based on chains of narrations by narrators and scholars of impeccable integrity.
If anything has provided sound motivation for the mission of SANZAF Diary Project over 30 years, then it is this tradition.
However, this tradition is amply supplemented by SANZAF's own tradition of providing a service to the Muslim community: an organizing tool integrating the Islamic calendar and the Gregorian calendar incorporating the Muslim's various personal, professional, religious and other interests.

The SANZAF Diary has always been a Proudly South African product and the only one of its kind in South Africa. No Zakah or Sadaqah money is used for the project. It is funded only by sponsorship.

That is a record worth writing about!